You can find the original Prompt here 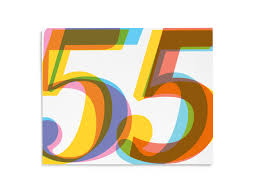 A little Boy woke up in a strange bedroom. He wasn’t sure what time it was, but he could hear someone moving around downstairs. He also wasn’t sure who it might be. His family was staying with his Aunt, so the house was full. It could be anyone downstairs.

He got out of bed and went to the strange toilet in the big strange house, then went down the strange stairs. There was a light on in the strange kitchen, and he went in. His Aunt was standing by the gas stove, waiting for the kettle to boil.

‘I woke up and heard a noise.’

‘Couldn’t sleep in a strange room? That’s all right. Things are strange when you’re your age, aren’t they?’

The Boy nodded, glad she understood. Grown-ups sometimes didn’t, but she was different. And this morning she was very different indeed. He spoke again.

‘Can I ask you something?’

She chuckled. ‘That’s because I haven’t got my teeth in.’

‘What? Sorry, I mean “Pardon?” How can you not have your teeth in?’

‘I have to take them out to sleep, and I couldn’t be bothered to put them in before I came down to make my tea.’

‘You can take them out?’

How could he know? He had no idea that false teeth existed. His family all had their own.

‘Well now you do. You really like learning things, don’t you?’

‘So you’ve learned something already today, and you’ve only been up five minutes. That’s good isn’t it?’

‘My teeth are like the stars. They come out at night,’ she said.

He found this very funny, and laughed. She smiled at him.

The kettle boiled, and his Aunt poured boiling water into a teapot. Then she reached into the sink, took out a dessertspoon, and vigorously stirred the pot with the handle of the spoon. The Boy was amazed. His Mum would never do that.

‘Can I ask another question?’

‘Why did you use the handle? And it’s the wrong sort of spoon. For making tea,’ he added helpfully.

‘It needed washing anyway; no point in making washing up is there? And it worked just like the right sort of spoon, didn’t it? So why not use it?’

He was amazed again, that anyone could leave washing up overnight; his Mum never would. And she would certainly never use the handle of a spoon to stir tea. But it did make sense. In a way.

The Boy took after his Mum; he liked tea. Strong, not much milk. No sugar. Sugar spoiled it.

She poured some tea into a mug, and added a splash of milk. And that was strange too. His Mum wouldn’t dream of drinking tea from a mug, and she always put the milk in first. For some reason he felt quite grown up to be given tea in a mug at six o’clock in the morning.

‘What else do you want to ask?’

The Boy was amazed again. An honest answer to a question he always asked at his age.

‘Because nobody else grown up ever will. I don’t know why. They always ask me how old I am. But when I ask them, they just say, ‘I’m as old as my tongue and a bit older than my teeth.’ Or they say it’s rude to ask.’

‘Well I can’t see any reason not to tell you the truth.’ She smiled again. ‘And anyway, my teeth are a little bit younger than I am.’

For a second he was confused, then he suddenly got the joke. He found it funny. Very funny actually. He giggled, and his Aunt laughed too with her strange shapeless mouth, and this made him giggle even more. This made his Aunt laugh some more until they were both giggling helplessly.

Eventually they managed to calm down, and drank their tea in companionable silence, broken occasionally as one of them giggled and set the other off again.

Finally his Aunt said, ‘Time you were back in bed. Come on. I’ll tuck you in.’

‘Now back to sleep. Your Mum will be cross with me if she finds I’ve been keeping you up half the night.’

‘All right. But thanks for telling me the truth.’

Somehow the world didn’t seem quite as strange any more. He fell asleep smiling.

Hello. Thanks for popping over. How am I doing? Cancel reply

This site uses Akismet to reduce spam. Learn how your comment data is processed.

From the depths of the trashcan

Ramblings from a crazy, cluttered mind...

Observations from the trenches....

Ponder(verb) to weigh in the mind; to view with deliberation; to examine carefully; to consider attentively

random thoughts from a computer jockey with a graphite pencil

a cave of surprises for poetry people

Reflections on life: the funny, poignant, serious and quirky

Fiction, and other made-up stories

Unchained from the stove, but still up in your grill.